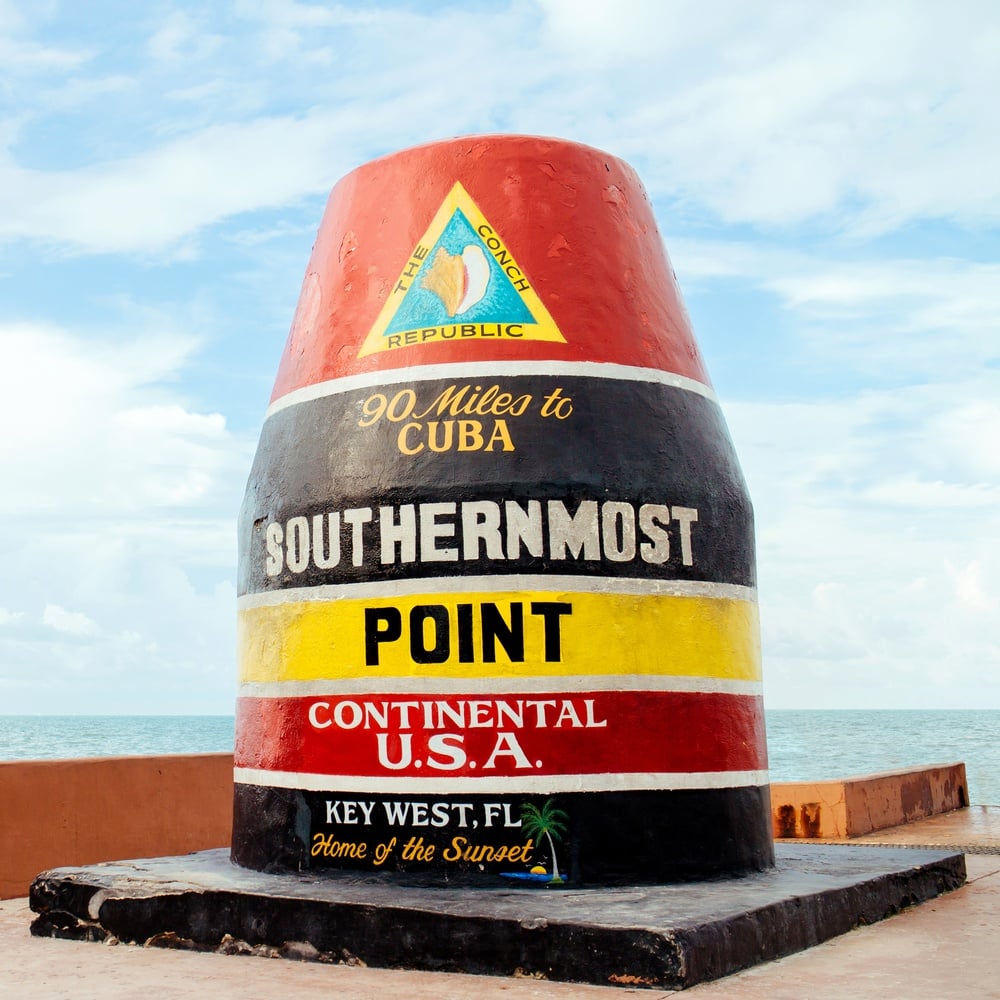 There’s a list of "to-do’s” in Key West, and high on that list is getting your photo taken at the iconic Southernmost Point Marker. Located at South and Whitehead, the marker or buoy, is painted with the words, “Southernmost Point in the Continental USA, 90 miles from Cuba.” 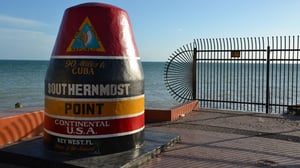 The buoy, as the name suggests, marks the lowest latitude  of the United States (Hawaii isn't taken into account here, since it's not part of the contiguous states) and sits approximately 18' above sea level. As one of the most photographed spots in the US, it was established in 1983.  Originally, the spot was simply marked with a small wooden sign. The buoy has seen its share of hurricanes and other damage, and has been constantly and repeatedly repainted, over the years.

Next to the marker is a small concrete building that housed telephone lines that ran from the island to Cuba.

The famous phrases "Home of the Sunset" and "90 Miles to Cuba", weren't added until the repainting in 1986.

In the early 2010's a webcam was installed just across the street, so everyone the world-over can get a glimpse of the buoy. Artist Danny Acosta was the original painter and he's been brought back to repaint it again in 2017, after it was damaged by Hurricane Irma.

A drive-by is part of the Conch Tour Train.  The Hemingway House, Smathers Beach and Fort Zachary Taylor are also close by.

As one of the most photographed spots in Key West, there is almost always a line of people waiting to get their photo taken in front of it. Insider tip: it’s usually best to go early in the morning to avoid long waits in the warm Florida sun. So, get those camera's ready and strike a pose!!