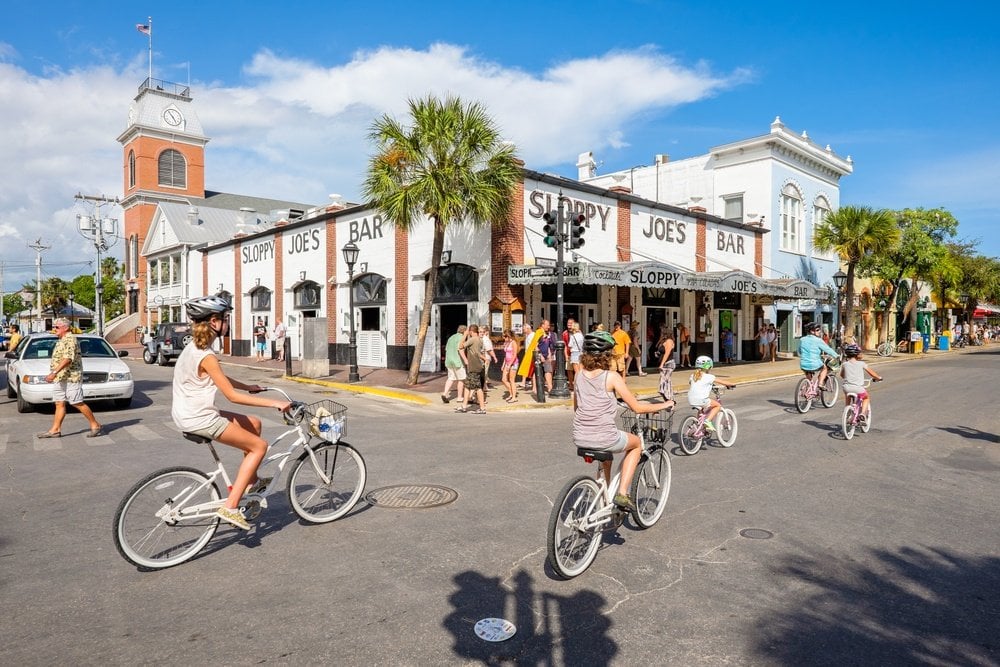 Sloppy Joe’s has withstood the test of time, as a Key West tradition since the early thirties. The saloon opened its doors on December 5, 1933— only one day after Prohibition ended— but relocated across the street a few years later to its current location. This iconic Key West bar’s claim to fame was its famous patron, Ernest Hemingway, who frequented the saloon for some Scotch and good conversation on rest from travel.

There have been years of controversy pertaining to accurate history and credit for being Hemingway’s number one bar. When one considers a few certainties about the notorious word master, ( a. ) he was passionate about his libations, ( b. ) he was a true man’s man and ( c. ) he was loyal to the people and places he favored.

Sloppy Joe’s is a must stop for Key West visitors and also a favorite place for locals. Sloppy Joe’s is home to year round entertainment and events, food and libations 365 days a year! The menu which includes, of course, Sloppy Joe's is American and Cuban influenced with a variety sure to satisfy anyone.

Today, many swing open the old jalousie doors to catch a glimpse of Hemingway’s old stomping ground. Sloppy Joe’s offers a generous supply of food, drink and live music in homage to its old friend. Catch a bluegrass band over a pour of Cuban rum or watch the game on the big screen at Joe’s Taproom. It’s also a hit for lunch or dinner, serving up favorites like their tasty crab cake sandwich or personal pizzas.

This Key West icon is just blocks away from the docks at the Ferry Terminal and is typically either a first stop or last stop for visitors to the island. So, stop in, kick back, relax and enjoy this piece of Key West history.