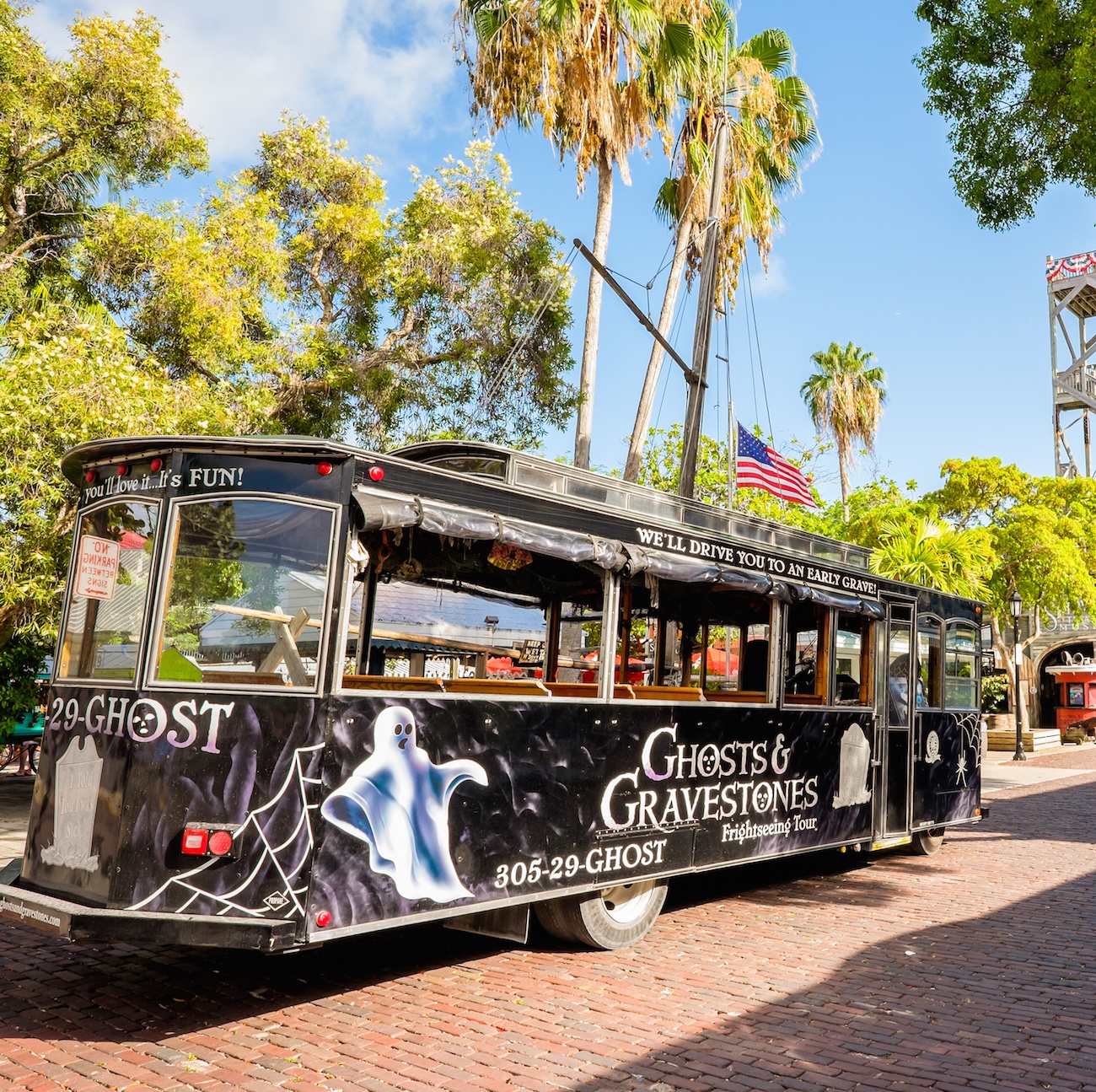 Ok, boys and girls, it's time to delve into the scary side of Key West! No, we're not talking about the bar scene, after 11pm. But, the haunted, scary and macabre history of the island!

The Key West Ghost & Graveyard Tours has been voted as one of the best tours and things to do on the island!

Hop aboard one of the trolley buses and be prepared to learn where all the skeletons in Key West are buried (and we're not kidding on this one). On the Ghost-O-Meter scale, the tales of the island are absolutely a 10.

Key West is brimming with history, but did you know that this little island at the end of the road is also one of the most haunted cities in the country? That’s right. The Travel Channel lists Key West an one of the fourth “Most Haunted” cities in the U.S.

Travel to Captain Tony's to hear about the history of the hanging tree, that's inside the bar. Journey through the African Slave Cemetery or see the infamous "Robert the Doll".  But, be forewarned, do not take any picture of him without asking first or that fancy cell phone may just become as dead as those fateful souls buried in the Key West Cemetery.

Hear the fateful take of a scorned wife, her polygamist husband and a hanging.

The Ghosts and Gravestones Tour is one of the best ways to get a taste of the island’s haunted reputation. You’ll be taken around the island on a trolley and visit locations with a ghostly past. The storytellers of these tours are second to none and you’ll be highly entertained and probably even a little scared. Have fun!

Be warned that this tour runs rain or shine, and comfortable walking shoes are recommended.  Keep in mind that this may not the be best of things to do with the little ones (under 13).

You can get your tickets to this at the same time and at the same places as those for the Key West Aquarium, the Conch Tour Train, the Truman Little White House or the Shipwreck Museum