Closer to Havana than Miami, Key West has a long history of trade with Cuba and the rest of the Caribbean.  Everything from sponges to seafood and ivory was brought into Key West.  Arguably the most famous import was tobacco.  Along with this tobacco came the elusive Cuban Cigar.

Although the exact date tobacco was introduced to Cuba is debated, the plant thrived there as the Caribbean climate is optimal for growing high quality tobacco.  Sailors between the New World and Europe who were among the first to visit Cuba and the Caribbean are generally credited with rolling tobacco leaves to make the first cigars. Spain emerged as the first country to start manufacturing cigars using tobacco shipped from Cuba.  Over the years they developed the procedure of drying and fermenting tobacco leaves to maximize the flavor of the cigar.

Eventually, the cigar industry shifted from overseas to Cuba near the tobacco farms, which increased the overall quality of the cigars as the tobacco didn't have to endure a transatlantic journey before rolling & being sealed.  These torcedores or cigar rollers also had more say over the production of the tobacco.  During this time, Cuba developed a new technique for wrapping cigars using three different parts of the tobacco leaf for each part of the cigar.  This technique became a staple in the Cuban economy and lead to farms in different parts of Cuba growing plants specifically for the leaf's intended role in this process. 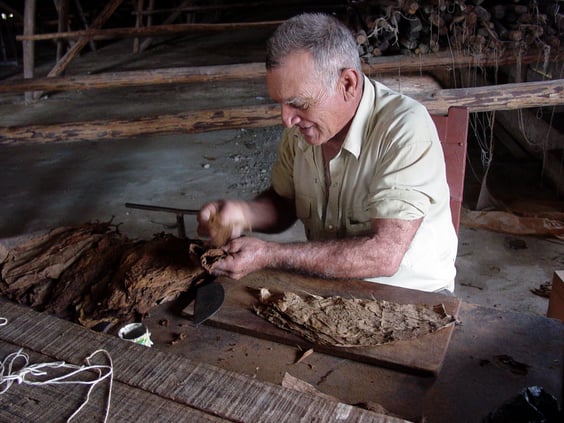 After the Castro revolution, many of the cigar company owners fled Cuba and settled in the Dominican Republic.   Despite this, Cuba has maintained its position as a dominant cigar manufacturer and still renowned worldwide as the best cigars money can buy. 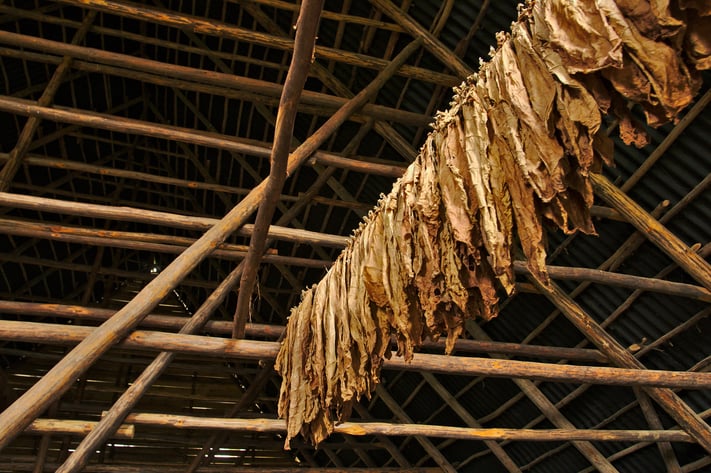