The Magic of Coral Spawning

Only ONCE A YEAR, an unusually exciting event happens in the warm waters of the Florida Keys. Which is home to the only living coral reef that exists in the Continental United States.  This teeming backbone of marine life, runs the length of the 125 mile Florida Keys island chain and lies but a short boat ride only 5 miles offshore.

Coral spawning and reproduction, occurs around the full moons of August and September.  This spawning cycle is one of nature's most spectacular events and can be witnessed by taking a late night scuba diving charter.

On cues from the lunar cycle and water temperature, entire colonies of coral reefs simultaneously release their tiny eggs and sperm, called gametes, into the ocean.  The phenomenon brings to mind an underwater blizzard with billions of colorful flakes cascading in white, yellow, red and orange. 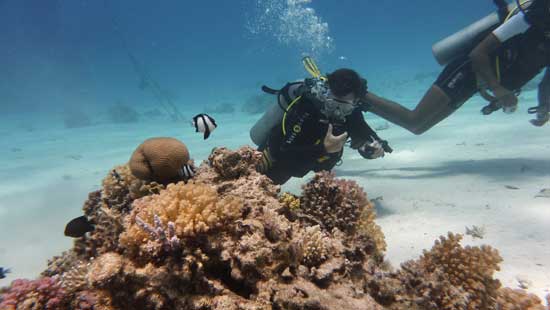 Scientists still do not fully understand how mature corals release their gametes all at the same time. This synchrony is crucial because the gametes of most coral species are viable for only a few hours.  This "blizzard" makes it more likely that fertilization will occur.  The gametes rise slowly to the ocean surface, where the process of fertilization begins.

When a coral egg and sperm join together as an embryo, they develop into a coral larva, called a planula. Planula float in the ocean, some for days and some for weeks, before dropping to the ocean floor.  Depending on the seafloor conditions, the planulae may attach to any available spot on the reef and grow into a new coral colony, at a rate that MAY top approximately 4 inches a year. Many do not even grow that fast!

Branching corals, such as Finger, Staghorn and Elkhorn corals spawn three to five days after the full moon, and approximately two hours after sunset.  August's full moon, whether it occurs early or late in the month seems to have the highest probability, as the triggering event from which spawning predictions are made.

According to researchers, this synchronized "broadcast spawning" enables the immobile animals to spread gametes over a wider area in massive quantities. Which increases the likelihood of fertilization, despite predators which feed on the larva.

Efforts in the Florida Keys to restore depleted reefs are having significant impacts through massive underwater nurseries in which coral spawning among restored corals, including the mountainous Star Coral, has been documented.  Key Largo based Coral Restoration Foundation and Reef Renewal USA have each established huge coral nurseries along the Florida Keys reef tract where hundreds of coral can spawn every year in close proximity to one another, essentially "seeding" surrounding reefs. 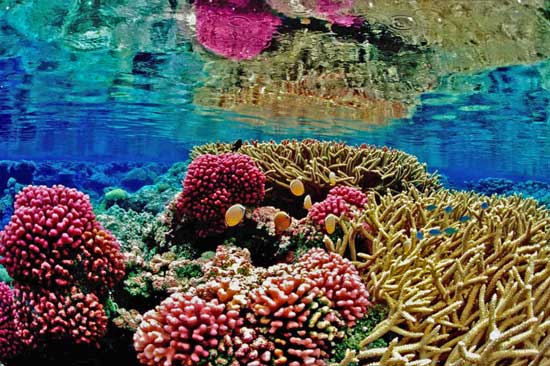 After twilight, a number of creatures come out of the coral reefs to feed and move about, offering an extraordinary opportunity to see marine life that normally hides during sunlight hours.  Colors are especially vibrant when illuminated with underwater dive lights.

The following Florida Keys dive companies can assist in planning a night dive to experience the bizarre and beauty of coral spawning: