What To Do in Key West - For History Buffs

While Key West can't take the crown for the oldest settled city in Florida, it does have one of the more interesting and wide ranging historical pasts of almost any place in the state. Whether you're looking for tales of pirates, shipwrecks, US Presidents or Civil War era historical significance, Key West has a little bit of it all.

The original name of the island was Cayo Hueso which literally translated means bone cay or island. This was so named because the island was used as a communal burial place by the Calusa and Tequesta Indians and early "visitors" found the island littered with bones. The Keys were frequent stopping points for Cuban, Bahamian and even New England fishermen. With the earliest known settlements in the Keys around the early 1800's. Key West was also used by pirates as a hideout .  You may still find some living there today! 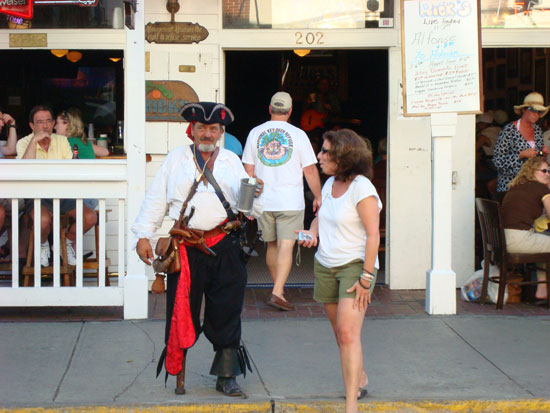 As you sail into Key West Harbor, you may notice a large bricked building.  This is the Customs House and should probably be one of the first stops on your Key West history tour. Positioned close to the nearby U.S. Naval Base, the Customs House was also home to the islands post office and the one time district courts. It is now home to the Key West Art & Historical Society, a museum.

The U.S. Naval Station Key West is just steps from the Customs House and is currently a residential neighborhood and part military installation. It is also home to President Harry S. Truman's "Little White House" where he stayed during his 11 visits to Key West.

This area, also known as the Truman Annex, includes the Civil War era Fort Zachary Taylor, now a state park and National Historic Landmark. You can tour the extensive grounds and remaining structure, some of which was built with walls 5 feet thick. The fort housed upwards of 800 men and also had 42 cannons that protected the area.

Not too far away, the East and West Martello Towers were used in support of Fort Zachary and were munitions supply warehouses. The beautiful gardens and grounds of the East Tower are now home to the Key West Art and Historical Museum, a popular choice for wedding ceremonies and receptions.

One of the more infamous island locations is the home of Capt. Tony's Saloon, still a popular "watering hole".   The original location of Sloppy Joe's, it was moved around the corner when the landlord raised the rent from $3 per month to $4. The building that is now Capt. Tony's was the location of the islands "Hanging Tree", where some 16 pirates and one woman were hanged. Fittingly, it was also the one time home of the islands Morgue! It also served as a speakeasy, a cigar factory and a distributor of bootleg rum.

The largest residential property on the island remains that of author and notable resident, Ernest Hemingway. His home and gardens where many of his novels were written are still open to the public and feature his famous six toe cats. The estate was built on the second highest point on the island, 16 feet above sea level.  One of the most luxurious additions to the home was that of an in-ground swimming pool. At the time it was the only one within 100 miles. It was no easy feat to dig, as Key West is composed of solid coral rock and had to be dug and chiseled out by hand! 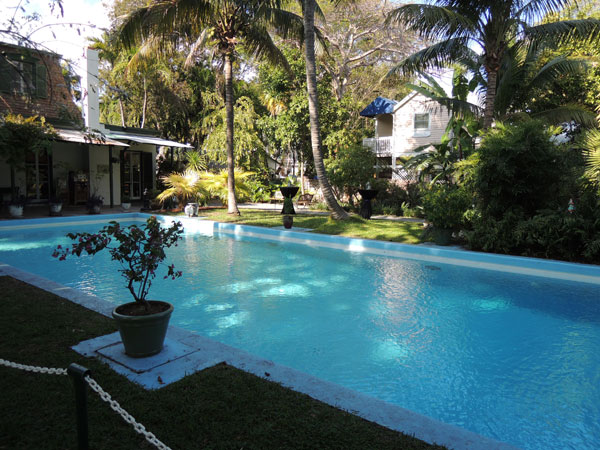 One last stop on your Key West history tour would be the Shipwreck Museum. This self guided tour chronicles the lives of those that made Key West their home from the early 1800's.  Due to the shipwreck salvaging industry, the island became the richest city, per capita in the United States during this time. When you finish the tour, make sure that you climb the tower, for a spectacular birds-eye view of the island.  One of the highest points on Key West.

So, if you yearn to step back into history and explore and experience what life was like for some of the last 200 or so years, book your island escape with Key West Express and sail into the Key West harbor, as so many pirates and sailors of years past have done.