Mario Sanchez - and his "Studio Under the Trees"

Have you ever had a memory so vivid and real that you could put that visual memory, in every detail, to pencil and paper? Well, Mario Sanchez was just such an artist.

You may not have heard of him before, but you'll soon discover that Mario Sanchez was a man to remember and is a great part of Key West's historical and legendary art scene.

As a bit of background to his life, his grandfather and great-grandfather immigrated to Key West in the later half of the 1800's, as many other nearby Cubans did. At the corner of Whitehead and Southard Streets, his grandfather owned and operated a grocery store. He was born in 1908 and lived above the grocery store or bodega, that his family now owned on Louisa and Duval Streets. Living most of his life in the "El Barrio de Gato" section of the island, so named for the wealthy cigar maker and manufacturer Edwardo Hidalgo Gato. His education included time at a business institute on the island and he also worked at number clerical jobs in both Tampa and Key West. 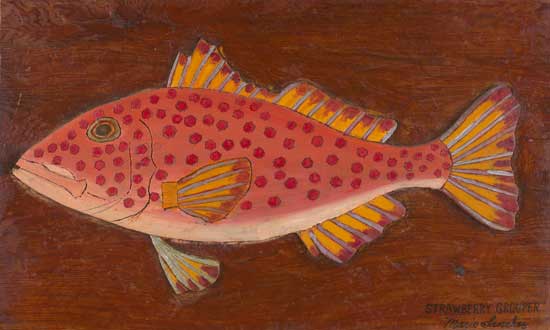 His artistic side became apparent in 1930, when he would pencil his memories on to the sides of brown grocery bags. These drawings he would then transfer on to wooden planks. Many of which were discarded from the crates that held tobacco that were used in the local cigar shops and cigar manufacturing business'.  Cypress, pine and cedar boards were the ones that were most readily available at the time. His early works were those of fish that lived in the local waters, that he carved as life sized works.   His mother suggested that he try his hand at recreating the life of those that lived and worked on the island. After each was carved, he would painstakingly paint the scenes with colors that he would create out of common materials, such as coffee grounds, eggshells and the like. The first piece that he sold went to a store manager in 1946, titled "Manugo's Diablito Dancers".  His first public exhibition was not until the early 1960's at the East Martello Gallery and Museum.

His studio on the island, was part of his family's homestead, that was named his "Studio Under the Trees".  His works included scenes of the daily fisherman's catch, children flying  kites and playing games, cigar factories, Bahamian funeral parades and many of the other activities that helped to make Key West the vibrant and diverse community that it is today. 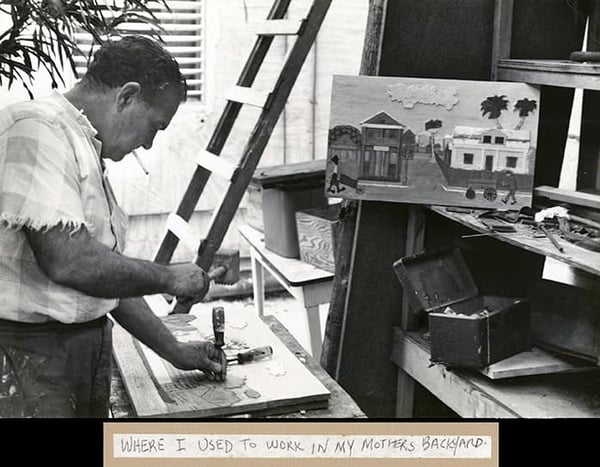 For over 70 years he made wonderful and gorgeous pieces of art that are enjoyed by all. Throughout this time, he created over 600 works of art and in 1985 was presented the Florida Folk Heritage Award, by the Florida Secretary of State. He passed away in 2005, just six months before what would have been his 97th birthday. His funeral procession was most like those that he depicted in his carvings, with a parade to the city cemetery let by the local  Bahamian band, with all his friends, family and well wishers following behind.

If you would like to visit Key West and learn more about this gifted individual, visit the Gallery on Green to see his and many other notable and wonderful Key West artists works.