Pirates and Wenches and Gold, Oh My! 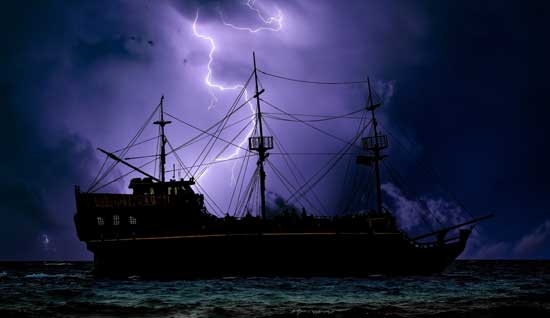 Florida is well-known as a haven for pirates. The history behind Florida’s pirates is quite fascinating….

Ponce de Leon made his discovery on Easter Sunday in 1513. Florida was the perfect strategic location for Spanish vessels to transport their wealth of gold, silver, gems & jewelry. Some had the idea that the “fountain of youth had been located”

In any case….where there is treasure, there are pirates! Florida quickly became a “staging convoy” for Spain and heavily-loaded “plate fleets” that sailed up the Gulf Stream next to the Florida Keys. Aware of the all the loaded ships along Florida’s shores, pirates preyed upon the fleets. 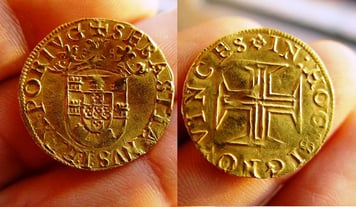 Spain decided Florida was the place to fortify their wealth of possessions after the English invaded along the St. Johns River in 1564. Spain’s Admiral, Don Pedro Menendez de Aviles, became the governor of Florida. It was his responsibility to drive out all pirates or settlers from other nations, and he had a lot of work to do.

Bandits, cutthroats, and runaway slaves flocked to Florida’s shores and lands, since it was known as a recruiting center for piracy and privateers in search of booty and plunder. The ships and towns of “Spanish” Florida were easy plunder! Some of the most famous pirates in Florida’s history are a romantic-yet-menacing crew.

Anne Bonny is remembered as one of few female pirates in history. “Blackbeard", Edward Teach was known for his fearsome appearance; his life was romanticized after his death so he became inspiration for a many pirate-themed works of fiction. “Calico Jack”, John Rackham had two female crew members, Mary Read and his lover Anne Bonny. Mary Read, widow of a sea captain was born in England. After her husband died, she dressed as a man, was captured by pirates, and became a pirate herself! Sir Francis Drake by order of Queen Elizabeth I herself, sacked Florida many times. “Captain Kidd”, William Kidd as we know of him, has has been rumored to have buried treasure which created a legend around this notorious pirate. Stede Bonnet , known as the “The Gentleman Pirate” because of being born into a wealthy family. Black Caesar was a captured slave turned into a pirate, active off the Florida Keys, he was actually lieutenant to Blackbeard, and finally John LaFitte, a French-American pirate and privateer in the Gulf of Mexico during the early 19th century, a persistent rumor has always been that Lafitte rescued Napoleon from exile so both ended their days in Louisiana. 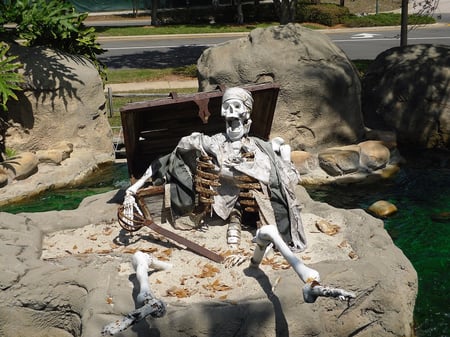 Piracy did not end with the Spaniards. As late as 1823 The US Government dispatched Commodore David Porter to the Keys to rid the coastline of pirates like Black Caesar and Jean LaFitte. Today, Florida is rich in the history of piracy and shipwrecks but the threat from piracy has practically disappeared. While pirates and smugglers still try to make the waters around Florida their home, they are no match for the diligence of the U.S. Coast Guard.

As with most shipwrecks, Spain attempted to salvage what it could and pirates would use the opportunity for easy pickings. Pirates were probably Florida's first beach combers; patrolling the coast after storms looking to see what or who washed ashore. Spanish sailors or well to do passengers who managed to survive a ship wrecked during a storm could very well find themselves in the hands of pirates and being sold into slavery or ransomed for reward. Or perhaps they would be tortured in an effort to discover where the ship sank. Ships that sunk in shallower water would be quickly visited by patrolling pirates. Survivors were only worth picking up, if they could offer some kind of prize. Even then they were left to the mercy of the pirates. 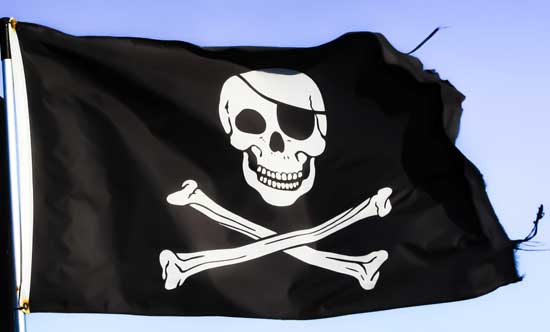 When you travel aboard the Key West Express, be sure to visit the Mel Fisher Maritime Museum in Key West.  Here are some of the fantastic treasures that have been recovered from the surrounding waters, off of various ships and fleets that have sunk over the centuries. Just around the corner is the Key West Shipwreck Museum. You can learn the history of ship wreck salvaging, the industry that made Key West one of the richest cities in America.