Are you planning a trip to sunny Key West?

If so, you're in good company. Over 5 million people visit the Florida Keys each year, with Key West being one of the most popular islands to explore.

As you're researching things to see and do in Key West, you're probably compiling a long list of fun activities. But here's one you may not have come across yet: Fort Zachary Taylor Historic State Park.

Why should you add this destination to your Key West hitlist? Here are 6 reasons you'll love it.

Do you know where to find the world's largest collection of Civil War armaments?

It's not in Richmond or Gettysburg. It's on the tiny island of Key West, inside Fort Zachary Taylor!

Construction of the fort began in 1845. Its purpose was to serve as the first line of defense against any attacks moving up from the south. Although it wasn't completed until 1866 (after the Civil War ended), it still became a strategic outpost during the war. 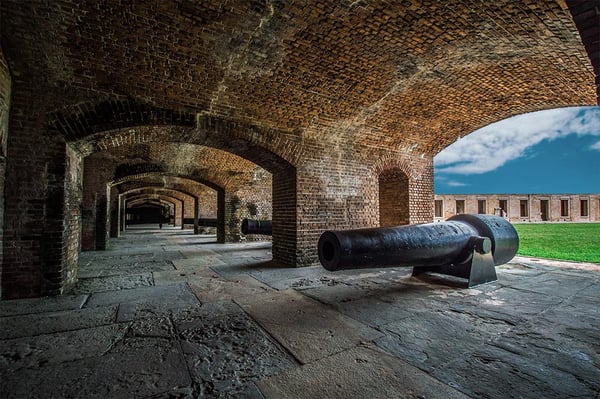 Its location served as a strong deterrent against Confederate ships moving along the coastline. Years later, in 1898, it was a stronghold for soldiers fighting against the Spanish-American War. It was also used during World Wars I and II and again during the Cuban Missile Crisis.

Sign up for a tour or rent an audio guide and get ready for an eye-opening history lesson. You'll see firsthand where soldiers lived and trained, as well as an impressive array of guns, cannons, and cannonballs.

If you're not a fan of swimming in cold water, you're in luck. Did you know the sea temperature in Key West can reach as high as 88 degrees?

Even during the wintertime, water temperatures only dip to the mid-70's, which means you can enjoy swimming here at any time of year. The state park isn't as crowded as other areas of the island, either, so you won't be jostling for space in the water. 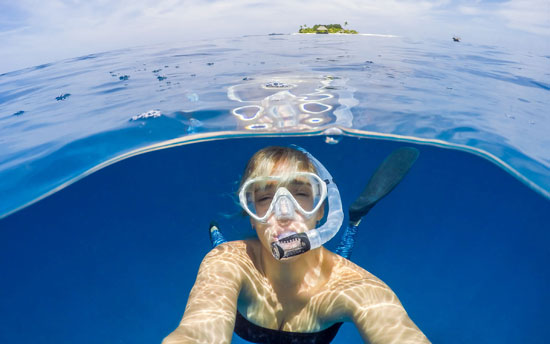 Another reason to come to Fort Zachary Taylor? There's an impressive coral reef sitting just offshore that you can easily reach from the beach.

This is your chance to see brain coral, starlet coral, and elkhorn coral growing in its native habitat. The reef is home to many species of colorful fish, including parrotfish and snapper. If you're lucky, you may even see a sea turtle, barracuda, or stingray swim by!

Do you want to say you've been on the southernmost hike in the United States?

Lace up your sneakers (or stay in your sandals) and head for the Fort View Nature Trail inside the park. This easy 1.2-mile nature walk takes you through quiet tree lined paths and unspoiled beaches.

Along the way, you'll pass plenty of palm trees, coconut trees, and banyan trees. You'll also have plenty of great photo ops when the historic fort comes into view. Cycling fans can opt to take their bikes on this trail or some of the other meandering paths through the park.

Bird lovers will especially appreciate this walk, which is part of the Great Florida Birding and Wildlife Trail. Herons, egrets, and anhingas frequent the area, along with pelicans and common loons. Keep your eyes peeled for larger birds of prey too, including hawks and eagles.

Fort Zachary Taylor Park is the perfect launching spot for any paddling adventure.

As the waves tend to be very gentle at this end of the island, this is also an ideal location for paddleboarding. Just keep in mind that any hard-bottomed flotation devices need to stay outside the designated swimming areas (marked by buoys).

5. Sunbathing on the Beach

Of course, there's nothing wrong with lying back and relaxing while you're on vacation, either. Fort Zachary Taylor Beach is considered by many to be the best beach in all of Key West.

Bring a beach blanket to spread across the sand, or rent some umbrellas and lounge chairs from the park. Remember that you're a lot closer to the equator than you're probably used to and the sun is much stronger here. Be sure to stay hydrated and use plenty of sunscreen! 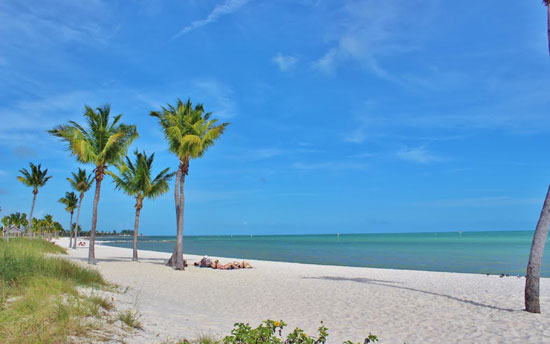 If you need a break from the sun, there are plenty of grills and picnic areas scattered around the park. Bring along some tasty food to throw on the grill, or visit the park's Cayo Hueso Cafe for snacks and drinks.

Whatever you do, don't miss your chance to enjoy one of Key West's greatest pleasures—those amazing sunsets. Settle in on the western side of the park and get ready to watch the sky turn red as the sun dips below the horizon.

Bonus tip: If you have to leave the park during the day, keep your entry ticket. You can use it to come back later and see the sunset!

So, have we talked you into a visit to Fort Zachary Taylor while you're in Key West?

It's a fascinating glimpse into both the Civil War and South Florida history. There's an endless array of activities you can try, from snorkeling to kayaking to bird-watching.

It's also the perfect spot for a lazy day on the beach or a special event after sunset.

Now that you know where to visit in Key West, the only thing left to decide is how to get there? Have you considered skipping the long drive and cruising down to Key West in a high-speed, jet-powered catamaran instead?

Click to learn more about our beautiful ferry fleet and why you should sail with us!