Six Odd Things To Do In Key West

The saying " Where the Weird go Pro" could not be more fitting for Key West.  There are countless odd and off-the-wall things to occupy your time, in addition to the typical touristy and laid back island life options of things to see and do.  Altogether earning Key West, Florida the reputation as a world renown vacation destination.

You read it right!  Spend a few hours meandering around a centuries old grave yard. Located at one of the highest elevations on the island, at a whopping 16 feet above sea-level, come meet some of Key West's oldest and most renowned former inhabitants and their families.  Marvel at the unique and different sayings of those that have passed on throughout your tour. 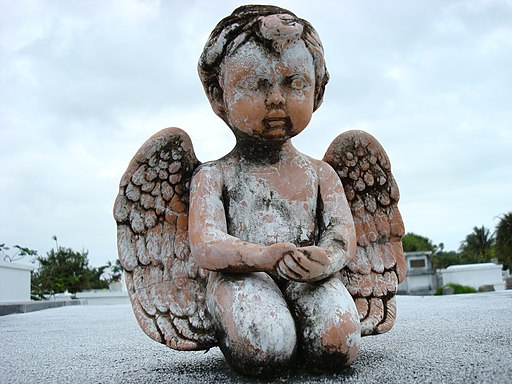 Photo Credit: CedarBendDrive from USA, CC BY 2.0, via Wikimedia Commons

Including " I Told You I Was Sick ".  Or the resting place of Archibald Yates, whose plot is adorned with a statue of a naked woman, with her hands bound behind her back. Why??  No one knows. Or perhaps the non-descript stone of Joseph S. Russell! Oh, you don't recognize that name?  How about "Sloppy Joe"? Does that ring any happy hour bells?

Have a drink or two at Capt. Tony's

Wild is about the only way to describe the back history of this Key West institution. It started out as an ice-house for the local fisheries, that also doubled as the city morgue (got to keep those stiffs cold). During the Spanish-American War, in 1898, it was the cities telegraph station, then converted into a cigar factory before being turned into one of the islands many bordello's! Eventually it became a saloon called the Duval Club and at one point in time the US Navy actually deemed it to be off-limits to all personnel.  It closed for a brief period of time before re-opening and repeatedly renamed as one of the islands many speakeasys, one of which was Sloppy Joe's. Of course, this being the fabled drinking haunt of the 1930's, made famous by author Ernest Hemingway. 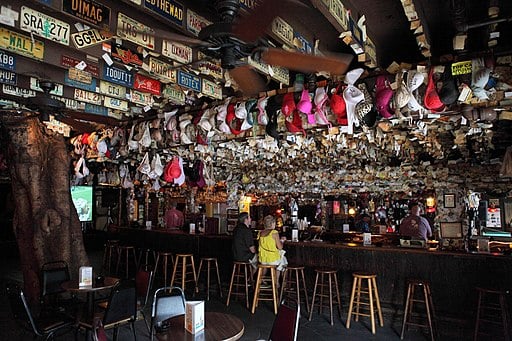 In the late 1950's, Captain Tony Tarracino purchased and renamed it to its current namesake.  Capt. Tony's is where an aspiring musician got his start in the 1970's and climbed to world renowned fame! The original Margaritaville Man himself, Jimmy Buffett.

Water Park on the Ocean

This is notably one of those "Only in Key West" kind of things!  These guys escalated the idea of a floating beach mat to a whole different level to create the quintessential FUN IN THE SUN.   A climbing mountain, water slide, monkey bars, action tower and more; all fastened together and anchored in the middle of the Gulf of Mexico.  A popular attraction for the young and young at heart.  Key West boasts the only certified Ocean Water Park in the State of Florida. Just add some jet-skis, a banana boat ride and snorkeling and we guarantee you'll sleep good that night! 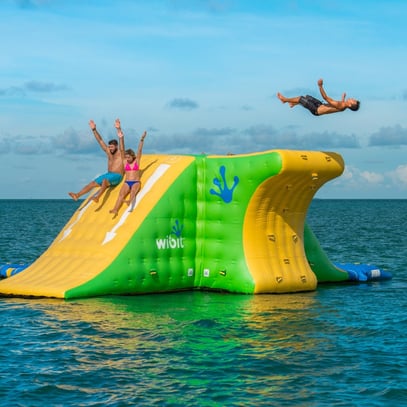 Take a full-head diving bell, add a seat, a SCUBA tank and strap them all to an underwater scooter to create one of the most unique and unimaginable underwater experiences available anywhere!  After a bit of on-board instruction you'll be on your way to exploring the underwater world of Key West and the only living reef structure in the continental United States. 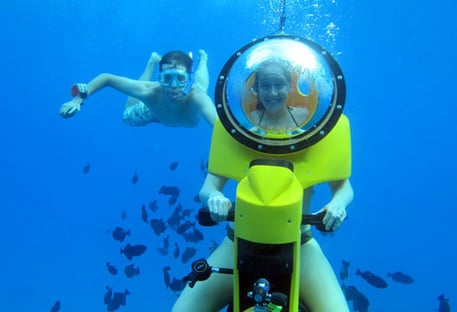 If making your way though the Key West Cemetery wasn't enough, how about a complete tour of the island with some of it's grim and macabre history.   After all, you are visiting an island that was originally named "Bone Island" for all the human bones that were littered throughout.

How about a haunted doll, that hates to have his picture taken, unless of course, you ask his permission first. Then there's the island's Hanging Tree, that was used for many an execution, including the "Lady in Blue", who murdered her husband and two sons. She's said to still be seen "hanging" around Capt. Tony's Saloon. Yep, that's the place with the infamous tree still growing in the center of it.

Take a Photo at the Southernmost Buoy

Any list of things to do in Key West, wouldn't be complete without a mention of the buoy. The 12' tall and 7' wide concrete buoy is arguably the most photographed spot in Key West and also noted as one of the most recognized landmarks in the US.   Replacing a simple wooden sign that had been stolen many times stolen, it simply stated "The Southernmost Point, In USA, Key West Fla".

While this may not be the most complete or unbiased of strange things to do in Key West, it will at least get you started. Our southernmost island has a little bit of everything, for everybody and for every taste. So, when you're ready to Escape, Enjoy and Explore Key West,  let the Key West Express be your ride to the land where the Weird Go Pro!